Check out my review of Mark Lanegan at the Sugar Club Wednesday 6th November over at DublinConcerts.ie
Posted by Unknown at 11:34 am No comments:

Saturday evening and the venue was the Wicked Chicken venue in the Cuckoo’s Nest on Dublin’s Southside.  The event was the launch night of a new promotions company in LEKMK Promotions. Joint organisers Phil Kealy and Mick Cummins have been doing this for nearly a year but have now put their stamp on the venue market and will host a number of gigs at the Cuckoo’s Nest venue.
The first band of the night Penrose, are the type of band who will get the real benefit of a venue on their doorstep. There are plenty of bands out there just looking for this opportunity but the stage was not there. But thanks to LEKMK the opportunity may finally come knocking. 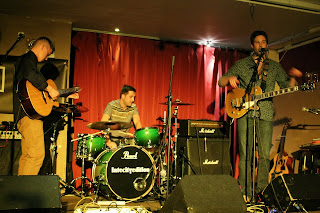 3 Piece band Penrose from Dublin have recently transformed from a guitar duo comprising of Darragh McGrane and Philip O'Luanaigh who began their journey in 2012 to more recently adding a drummer (Jeff) to add the final piece of the puzzle. Penrose have a deep mid 90’s Brit-Pop sound comprising of several discernible influences of the era. The place was full by the time Penrose came to the stage to warm the crowd up for what was to follow. Kicking off with the first of several originals including ‘Your Past’, ‘Feel the Love’ and the sublime ‘It Ain’t Country’.  They may be a bit rough around the edges but that’s to be expected considering the recent addition, but there is this glimmer from the band, mainly from frontman Philip O'Luanaigh and his tireless vocals that make you stand up and take notice. 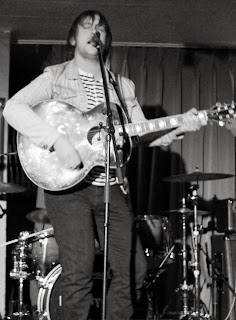 Late City Edition were next to the stage. Having only been together for a few years, their fluidity and tightness on stage was something to behold. The vocals of Richardson and their all-round musicality was immense. LCE’s sound is again very Brit-Pop but with the addition of 80’s Mods and modern Rock it gives them the full rock sound. The band has an obvious following which was evident as the dedicated crowd sang along to ‘Forever Now’ and ‘Everything you thought you had’.  Late City Edition are all set to release their next single ‘She Saves My Soul’ in early October. 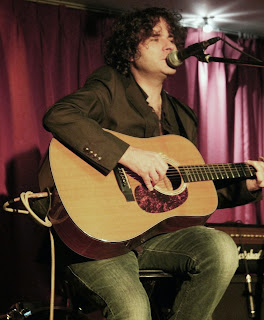 The main act of the evening was none other than Meteor award winning Paddy Casey. Accompanied on the piano he played a 2 hour acoustic set which was unsurprisingly faultless. Paddy was banging out the hits like ‘Addicted to Company and ‘Lucky One’ early on, to really get the crowd in the mood for more.  Keeping the fast pace going with the groovy ‘Not out to get you’ which really got the dancers at the front in full swing. Encouraging the crowd, Casey played the choruses of the not so well known or new tracks to get people to sing along at the vital times, to keep the party atmosphere going. This set was not surprising, it was perfect in its execution but we’d accept nothing less from this big name on the Irish music scene.
In summary this was a brilliantly organised event by LEKMK. No doubt their date books will be full very soon.  One thing is for certain, if Phil & Mick can put on more nights like tonight then the will have nothing to worry about. 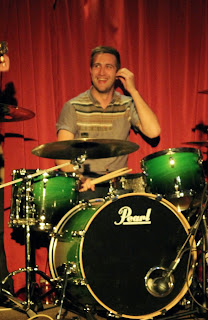 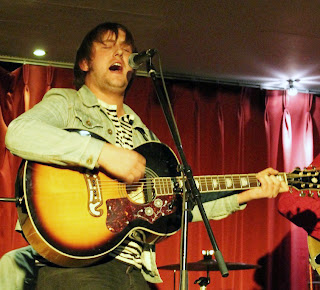 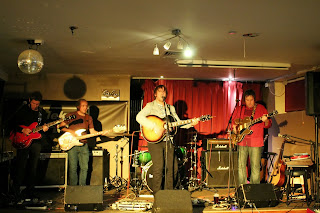 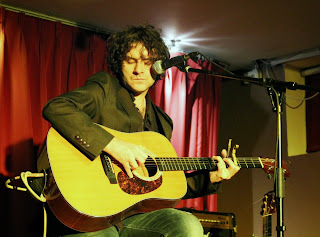 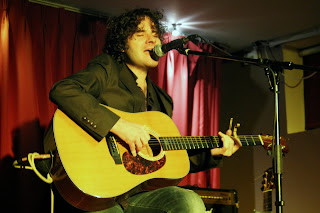 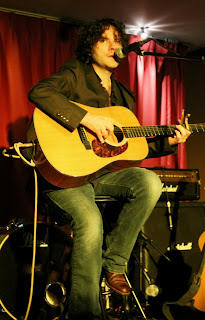 Posted by Unknown at 5:08 pm No comments:

It was single release night for singer-songwriter Miriam Watson at Bewley's Café Theatre as she played her first ever headline show. The single is in aid of Irish charity Enable Ireland.

Support on the night came from a young North County Dublin band Mitchell & The Crew. The quartet performed covers including Kodaline and Bastille and the self written 'Closer to Home'

Watson took to the stage and kicked off the night with an original song ‘Nothing Is Permanent’ (Free Download) The night continued with a cover of Naughty Boy's "La La La" for which the crowd showed much appreciation. The Balbriggan native continued the night with several originals including the B-Side to the single 'Now I’ve Learned’ and covers like the sublime 'Firework' by Katy Perry. To finish off her set, Miriam was joined on stage by musician Ben Pyne to accompany on piano for a stripped back version of her debut single ‘Nothing Ventured, Nothing Gained’. 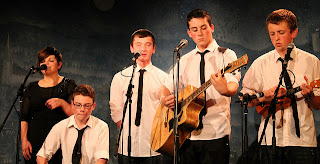 Miriam returned to stage for an encore and invited Mitchell and the Crew back up on stage for one last song, a rendition of Kodaline's 'Love Like This'.

The single is available from iTunes, Bandcamp and Amazon at just 99c. You can watch the video to 'Nothing Ventured,Nothing Gained' and some shots from the gig below.

You can find out more about Miriam from the following
Official Website: http://miriamwatsonofficial.webs.com/

Created with flickr slideshow.
Posted by Unknown at 10:34 pm No comments:

See my review of the Simonetti Horror Project over on DublinConcerts.ie

Pat
IM Blog
Posted by Unknown at 4:36 pm No comments:

Alternative music has needed a bit of a shake up in recent times and O Emperor have set out the stalls with this latest release.

The album opens beautifully with 'Grandmother Mountain', but it doesn't take long to hear the humour in the lyrics (get me back to my gutbucket bedsit where I can smell the shit in the city air)

Vitreous is quite a short album, just coming in shy of 30 minutes for the 9 tracks. But there are plenty of stand out tracks to rave about. The wonderful vocals on 'Soft in the head' and the raw energy of contact. But I could not leave this review without mentioning the closing track 'This is it'. This track shows the bands maturity from their debut album.

You can buy Vitreous over on their official website www.oemperor.com

Posted by Unknown at 6:20 pm No comments: 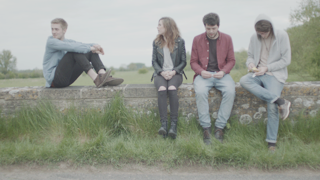 If you like your music pounding, epic, eerie and beautiful all at the same time 'Colour The Atlas' are for you. Reminiscent of 'the xx' with improved vocals, Colour The Atlas are all set to release their second EP 'Building Skyscrapers'. Their self titled EP released in 2012 was an accomplished success reaching no.2 on iTunes singer/songwriter chart.

All hailing from Swindon, Jess Hall (vocals), Alex Stone (guitar, vocals), Andy Vincent (Bass) and Stef Pysanczyn (Drums), Colour the Atlas are sure to attract plenty of attention with this release.

The EP begins with 'Paper Wings'. A wonderful acoustic intro followed by the hard hitting drums bringing the song to life. Next up is electronic influenced 'Revolutions'.  Superb vocals from Jess Hall with backing vocals and harmonies coming from Stone.

As a big fan of 'Iron & Wine' (Love and Some Verses) and 'Bon Iver'(Skinny Love, For Emma), you can really hear their influence on the third track of the EP 'Blue Eyes'. Lead vocals this time coming from Alex Stone. The EP closes with the acoustic 'Rise'. Once again Hall showing her fantastic vocal ability.

Reading this today will probably be the first you hear of Colour the Atlas but it certainly wont be the last I can assure you of that.

For more information about Colour The Atlas check out their Official Site / Facebook / Twitter
Posted by Unknown at 5:21 pm No comments:

As Tom says himself, he was helped with the creation of this album by "2 awesome musicians' in the form of harmonious vocalist Sarah Proudfoot and on harmonica, Henry Slim.

Slim's harmonica most notable on the opening track of the album 'Hammock'.

This album swings from genre to genre, folk to indie to pop and back to folk. A really good mixture and shows the versatility of Mitchell

One thing that really stands out about Tom's song writing is how personal it is to him. Each song with it's own little journey. The stand out track for me is 'From Experience'. I nearly got up and had a dance around the living room listening to it!

New World is available from his official website here priced at only £5. You can find out more about Tom on Facebook and Twitter and his official site.

Pat is a songwriter and avid musician from Dublin, Ireland. Pat started this blog in May 2013 to listen to as much new music as possible and tell the world about the good stuff. Pat works full time in the I.T. industry and is currently studying for a BSc in Computing part-time. He listens to anything and everything as long as it pleases his ears. Pat also writes for DublinConcerts.ie